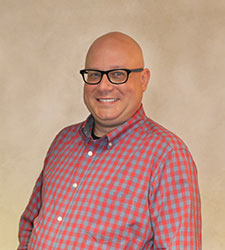 I was born in Northwest Ohio and raised on a farm near the village of Leipsic, Ohio in Putnam County.

I was raised to work hard on our family farm. Born in 1975, I witnessed the unfortunate 1980s farm crisis first-hand. I was very active in 4-H, Farm Bureau Youth, and FFA as a youngster.

I was fortunate to be a member of the National Honor Society, Putnam County 4-H Leadership Club, Putnam County Junior Fair Board, and Spanish Club. My faith continues to be central in my life.

In college, I worked for the company that publishes every state farm magazine in the country, and I interned for the U.S.D.A. Secretary of Agriculture in the U.S. Embassy in Ottawa, Ontario, Canada.

I graduated from Ohio State with a bachelor’s degree in Political Science in 1999. I initially studied law in our nation’s capital (at George Washington University) before returning to Ohio to graduate from The Ohio State University’s Moritz College of Law in 2002.

I worked for a state-wide agricultural law firm upon graduation from law school. I also worked for a business and real estate development firm before I led economic development in two northwest Ohio counties. I have vast experience in real estate title litigation as well as business, agriculture, estate planning, and estate administration legal work.

I was born in Ohio and raised in Mansfield-Ontario in Richland County.

I was born in 1994 to hard-working parents and attended Ontario High School. In high school I participated in track and soccer, and was involved in National Honor Society and key club.

In college, I went to Heidelberg University where I graduated with honors in 2015 with a bachelor’s degree in Criminal Justice and Psychology. At Heidelberg I was a member of the track team, soccer team and served on student senate. I also worked with the director of the PACE program mentoring juveniles and working with the Seneca County Judge.

For law school I initially studied law at Southern Illinois University School of Law, before returning to Ohio. In Ohio I went on to finish my legal studies at Ohio Northern Pettit College of Law where I obtained my Juris Doctor. At Ohio Northern I severed as staff editor and associate editor on Law Review; as executive board treasurer of Phi Alpha Delta legal fraternity; was a legal extern for The National Aeronautics and Space Administration (NASA); was a legal clerk for the Mercer County Common Pleas Court; was an extern in the Allen County Municipal Court Prosecutor’s Office; and was involved in the Icelandic Legal Exchange Program. I started working for Schroeder Law LLC as a law clerk in January of 2017.